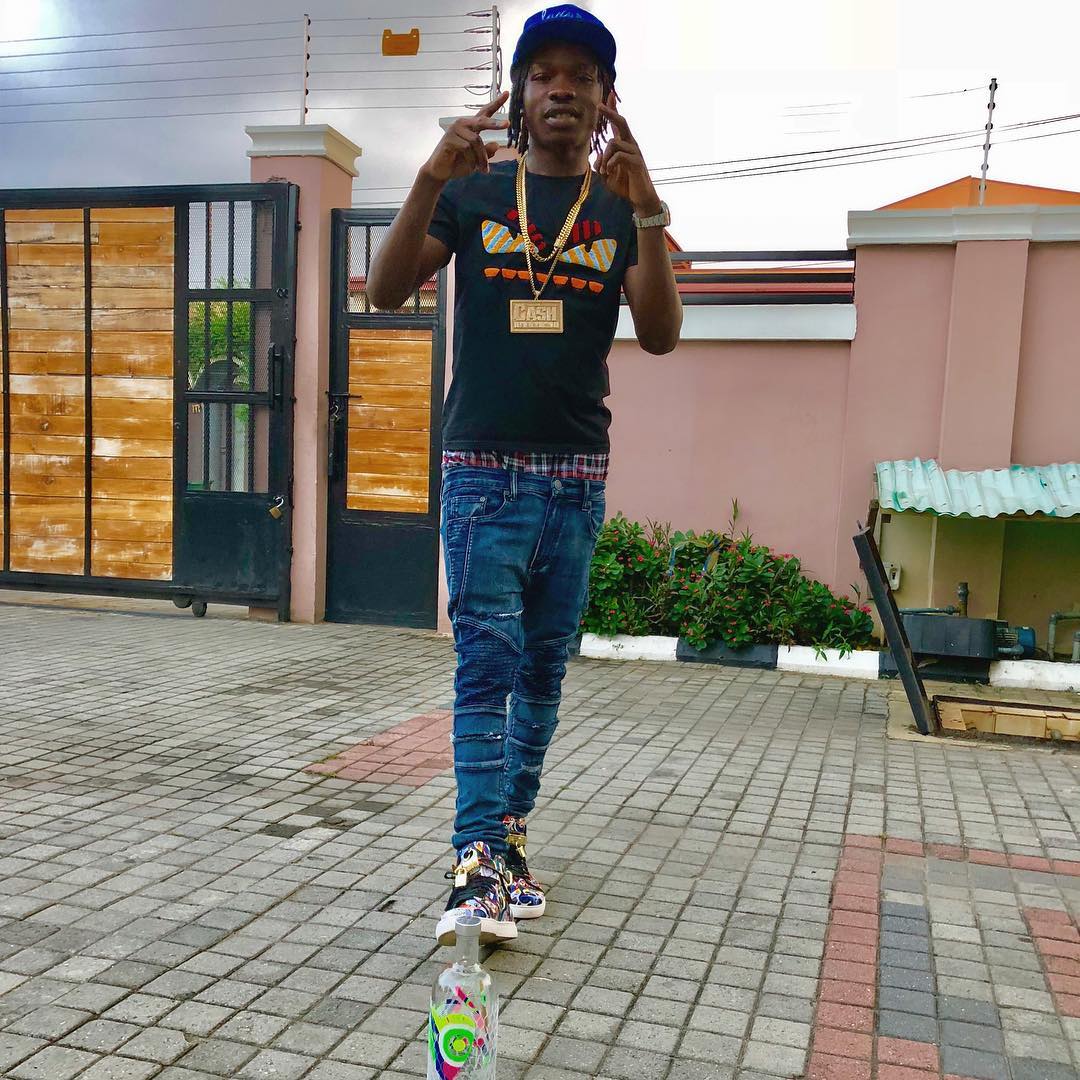 Azeez Adeshina Fashola, aka Naira Marley now stands the risk of spending seven years in jail if found guilty…
Year 2019 will be one of the most memorable years for budding musician, Naira Marley, who is to be arraigned at the court of law on Monday, May 20, 2019.
Last weekend the ‘Issa Gaol’ singer was arrested by the Economic and Financial Crimes Commission, EFCC, alongside Omomniyi Temidayo also known as Zlatan Ibile and three others, for fraud.

Zlatan and others were granted bail during the week, but Naira Marley remained in EFCC’s custody. A day after they meet their bail conditions, EFCC slapped the Marley with 11-count charges.
Azeez Adeshina Fashola, aka Naira Marley now stands the risk of spending seven years in jail if found guilty of the alleged credit case fraud. The charges with suit number FHC/L/178C/19 were filed before a Lagos State High Court.
Prior his arrest by EFCC, the rapper went on social media outburst to justify why Nigerians should indulge in internet scam. This met mixed reactions from social media users; some criticized him while some supported him.
Aside the recent happenings, many are still asking ‘who is Naira Marley’? Well, that is why we are here; below are quick facts about the embattled rapper.
1. Legendary Reggae musician Bob Marley inspired his stage name ‘Naira Marley’
2. Naira Marley was born on March 21, in Agege, Lagos State, Nigeria
3. He moved to United Kingdom; Peckham in South London when he was 11 years old.
4. He claimed to have been arrested 124 times in the UK. “124 times in England I’ve been arrested, gone in the cell. Let me tell you, you don’t know nothing about me,” said the singer in a video of his live Instagram session which surfaced online.
5. He rose to fame in 2018 after he released ‘Issa Goal’, featuring Olamide and Lil Kesh. The song was meant to support the Super Eagles at the FIFA world cup in Russia
6. Naira Marley has more than 15 songs to his credibility, but, only two,  ‘Issa Goal’ and ‘Am I A Yahoo Boy‘ gained attention.

7. Afeez Fashola calls himself legend and claimed he started the ‘afrobashment’ genre before other musicians joined. “No-one was doing this before I started, he said in an interview. “There was no Kojo Funds, no J Hus, no Mostack. I kinda set the afro-whatever. Now everyone’s on it and it sounds proper.”
8. Despite living most of his years in UK, he has strong Nigerian Yoruba indigenous language accent.
9. He fought dirty online with legendary rapper Ruggedman for condemning his views on ‘yahoo yahoo’ when he attempted to justify why yahoo boys should be prayed for in an online rant.
10. Naira Marley’s recent arrest was not because of his justification and support for yahoo yahoo, EFCC said he was arrested during raid and found incriminating items with him and his friends.

PAY ATTENTION: I Can't Last For More Than 2 Minutes In Bed Due To Weak Erection, But When I Contacted Dr Mugwenu Who Treated Me, Now Am A Complete Man, Now My Wife Is Begging Me To Take It Easy With Her.

Adeyinka Oluwamayowa@MrSEPTIN911
Naira Marley is not only a shame to the music industry, but also a shame to Nigeria! This should not be taken lightly by the FG. There can never be any justification for ‘Yahoo’, it is illegal and should be curbed!

671 people are talking about this