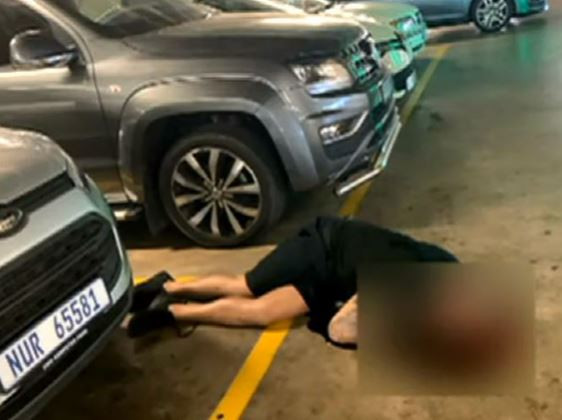 A 30-year-old man who was shot dead at the Gateway Shopping Mall in Umhlanga, north of Durban has been identified as Kalvin Periasamy.
According to reports, Periasamy was an alleged drug lord and mini-bus and tow truck owner from Phoenix, north of Durban.  He was gunned down by unknown assailants in the mall’s parking area.
Police spokesperson, Nqobile Gwala said: ‘It is alleged that a 30 year-old man was at a parking lot in Umhlanga when he was shot by unknown suspects and he sustained multiple gunshot wounds to the body. He was declared dead at the scene. A case of murder has been opened for investigation at Durbam north police station. No arrests have yet been made. We are appealing to anyone who might have information of the suspects involved to contact the crime stop number on 08600 10 111.”

Nigerians Demand For The Arrest Of Tinubu. See Why