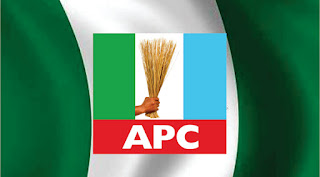 A faceless group of idle youths which calls itself ‘Save Benue’ has planned to address a press conference in Abuja by 2pm today, Monday, 22nd April, 2019 to blame Governor Samuel Ortom over the crisis between Jukun and Tiv on the border of Taraba and Benue States.The group which we understand is sponsored by Governor Ortom’s main challenger in the 2019 governorship election, plans to mislead the media that Governor Ortom instigated the crisis before he embarked on his annual leave.Officials of the desperate group intend to also say during the press conference that the Governor has been responsible for herdsmen attacks on innocent Benue people.Their aim is to use the ongoing Jukun/Tiv crisis to convince unsuspecting Nigerians that what APC leader in Benue, Senator George Akume said that Benue people were killing themselves is true.We wish to urge discerning Nigerians to disregard this group and its manufacturered lies. It is not a group known to exist before now. It is an alliance of selfish young men who want to take advantage of the current security situation in Benue State to make monetary gains from the opposition party.We also wish to alert Nigerians that more of such press outings should be expected from nondescript groups such as “Save Benue”.It should be recalled that APC vowed to make Benue State ungovernable for Ortom following their defeat in the last governorship election. What the people are witnessing now including the Sankera violence is in line with the APC ‘vow’ to destabilize the State.This resort to press conferences is part of the grand plot which includes trying to coerce the Elections Petition Tribunal to give judgement in their favour. They attempted to relocate the Tribunal from Makurdi to Abuja but failed when public outcry became too loud against them.We restate our firm commitment to the peace and security of Benue people. We urge President Muhammadu Buhari and his administration to prevail on security agencies to warn those planning to cause political crisis in the State to desist from such plots. Police, DSS and other law enforcement agencies should arrest those behind the Sankera violence and stop looking for who to blame.The ongoing crisis in the Sankera area of Benue State predates Governor Ortom, and any attempt to link the Governor with the violence will be resisted.We are aware of the efforts the Governor has made to prevent further conflicts between Jukun and Tiv including many peace meetings in Taraba and Benue which he and Taraba State Governor Arc Darius Ishaku anchored.Lastly, we warn officials and members of the ‘Save Benue’ group to avoid overheating the security situation in the State. They should not play politics with the sensitive matter which is about human lives.The people of the State appreciate the efforts being made by Governor Samuel Ortom and will continue to stand by him as they did during the last polls.Signed:Comrade Terrence KuanumPresident, Benue Youth Forum.