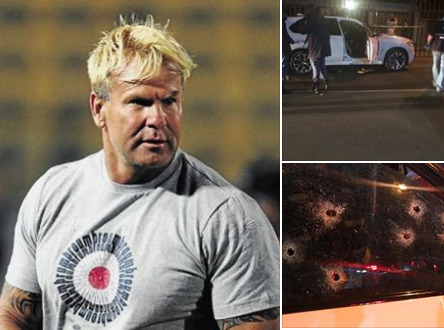 Former Bafana Bafana and Kaizer Chiefs striker. Mark Batchelor, was assassinated outside his home in Johannesburg this evening Monday July 15th.
South African police spokesperson, Col Lungelo Dlamini, who confirmed the incident, said two men on a motorcycle shot Batchelor, who also played for Sundowns, Orlando Pirates and Moroka Swallows, “before he could drive into his premises at Olivedale after 6pm”.

Pictures of the scene show at least seven bullet holes in the car’s window, and at least one other bullet hole in the driver’s door panel.