CLICK HERE: Let's Scatter The Table;.. 7 Ways To Identify A Real And Fake Native Doctor To Avoid Wasting Your Money And Time. 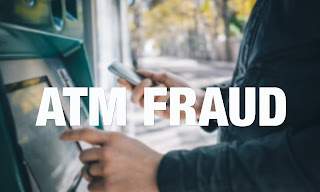 The Economic and Financial Crimes Commission, EFCC on Tuesday, April 23, 2019 secured the conviction of one Aliyu Abdullahi before Justice Tukur Muazu of the Kaduna State High Court on a three-count charge that border on obtaining money under false pretence.
Abdullahi was convicted and sentenced to seven years imprisonment after the prosecution had proven the case beyond reasonable doubt against him.
Trouble started for Abdullahi when the Commission received a petition alleging that some fraudulent transactions were being conducted at some ATMs which manifested in various suspicious withdrawals.
Upon receipt of the petition, the Commission swung into action, inviting the complainants who came and volunteered statements.
Further investigation into the allegation revealed that the convict and his accomplices who are still at large, perfected the act of forging signatures of bank customers and using same to apply for ATM cards in order to perpetrate their fraudulent activities.
The convict was subsequently arrested at the United Bank for Africa, UBA, Kaduna South Branch while he was attempting to collect an ATM card in the name of another customer.
Upon arraignment, Abdullahi and his co-accused, Theophilus Emeka Echefula, pleaded not guilty to the three-count charges, prompting trial during which eight witnesses gave evidence against the accused persons.
When the matter came up today for judgement, Echefula failed to appear in court, leaving the judge to only deliver judgment in respect of Abdullahi, the first accused.
In his judgment, Justice Muazu convicted Abdullahi and sentenced him to seven years imprisonment on count two of the charge.
While Echefula is being prosecuted on count three, both accused persons were discharged on count one because the court could not establish a case of conspiracy between them.