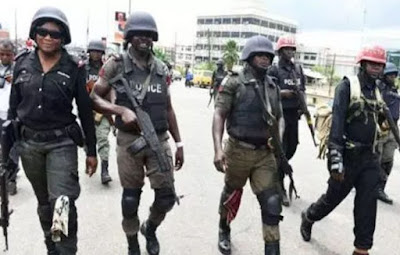 It was a harvest of arrests at the weekend as the police picked 72 suspected cultists and five armed robbers in different locations of Lagos.

He said dangerous weapons and bags of weeds suspected to be marijuana were recovered from the suspects.

Giving a breakdown on how the suspects were arrested Elkana said: “Acting on credible intelligence, operatives of Operation Crush raided some criminal hideouts within  Akerele, Surulere and Agege, where 34  suspected members of  a cult group  ”Awawa boys,” who have been terrorising the areas were arrested and  seven bags of weeds, suspected to be Indian hemp were recovered.”

Bala said in another development, youths from Idiroko, Adeola and Ajose of Owutu area of Ikorodu, engaged themselves in a supremacy fight at Idiroko area, Owutu and in the process, the youths attacked passers-by and damaged some vehicles within the area.

“However, combined teams of policemen mobilised to the scene, successfully brought the situation under control and restored normalcy to the area. About 38 suspects were arrested. Meanwhile, security has been beefed-up in the area to forestall further threat to law and order.

“In a related development, on July 20, at about 11p.m., Bariga Police Station, arrested one Olawale, at Egbenrogde Street.

The suspect was identified as the leader of a group of Aiye confraternity members that had earlier in the day attempted to cause a breach of peace within Bariga town.

According to him on July 19 Ilasan Police Station received information that, a group of hoodlums, suspected to be armed robbers/cultists, were sighted behind Angle 90 bar, Ilasan, Lekki.

He said a team of policemen was quickly mobilised to the scene, where the suspected leader of the gang, Abu, and four others: Usai ; John, Moro  and Daniel, were arrested.

He said one locally-made pistol with ten unexpended cartridges was recovered from the suspects, adding that all the suspects have been handed over to Lagos State Task Force for prosecution. (The Sun)