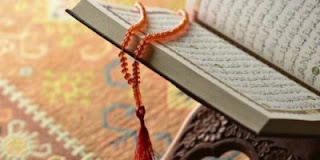 Nigeria’s representatives in this year’s international Quranic competition slated for May in Turkey would emerge on Sunday as the National Quranic recitation competition kicked off Friday at the National Mosque in Abuja.
The event is organised by the Islamic Promotion Initiative of Nigeria (IPIN) and the Turkiye Diyanet Foundation of Republic of Turkey.
Speaking at the opening ceremony of the fourth edition of the competition, the IPIN Chairman, Dr. Muhammad Kabir Adam, said the programme was launched four years ago as part of measures to promote the recitation of Qur’an with tajweed (eloquence).
According to him, while the winner in the five female categories would compete at the National Female Qur’anic competition being hosted later in the year by the Kano Emirate, the winner of the male category would represent Nigeria in the Turkey international competition.
He said participants of the female categories are mainly from the FCT, while the male contestants are from the FCT and other states.
An official of the IPIN, Mallam Muhammad Attahir Kafin-Dangi, said the competition is to encourage the youth to recite and memorize the Qur’an with eloquence as revealed and taught by Prophet Muhammad.
He said over 90 participants are expected for the three-day event and that the male participants have arrived from 12 states while more are expected from across the country.