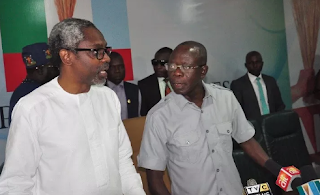 Two members of the House of Representatives have insisted on contesting for the position of Speaker of the Ninth National Assembly. They argued that the All Progressives Congress has yet to endorse the Majority Leader, Femi Gbajabiamila, as its candidate.While Mr Chike Okafor from Imo State called for the zoning of the position of the Speaker to the South-East, Mr Mohammed Bago from Niger State said the North-Central had been marginalised in the House of Representatives since 1999.Addressing journalists in Abuja on Monday, Okafor, who is representing Ehime Mbano/Ihitte Uboma/Obowo Federal Constituency, said while the Senate Presidency had been zoned to the North-East, “We are aware that the party has yet to zone the speakership of the House of Representatives to any zone.”He added, “You are already aware of the clamour across the country for equitable distribution of the principal offices of the National Assembly and most importantly, the recent push by several APC support groups from across the northern states and the South-East, calling on the party leadership to zone the speakership of the Ninth House of Representatives to the South-East.“In 2015, the APC denied the South-East principal officer positions in the National Assembly on the ground that we did not have a ranking member on the platform of the APC.“I was slated for a leadership position then, but I was eventually denied the position of Deputy Whip because I was a first timer. Now I am back and I am a ranking member!“I have continued with consultations as I am still in the race for the speakership of the Ninth House of Representatives.”The lawmaker argued that the South-East, which was denied a leadership position in the Eighth Assembly, deserved compensation in the present one.Okafor added, “We are aware of some of the things you may have heard before now and the name that is already in circulation as the automatic beneficiary of the speakership position, and the seeming exclusion of the South-East.“It is, however, unthinkable that the APC will abandon the more than 400,000 of its supporters who voted for the party across the South-East, to cede the speakership to a zone that already has the Vice-President, the national leader of the APC and multiple Grade-A appointments.“A ruling party doesn’t just look at the numbers alone, it also looks at national interest. It looks at social justice; considers political stability and harmony in the body politics of the country; it feels the pulse of the nation and weighs in on equitable inclusion of the federating units of the country, in line with the provisions of the Constitution of the country and the party.“Even as it affects sharing of political offices and looking at all these indices, as a party, we have not given the South-East a fair deal. Not yet.”Bago, who spoke to The Punch, alleged that the North-Central was scheduled to get the speakership seat before the 2019 general elections. He accused the APC of forcing a candidate on the lawmakers. 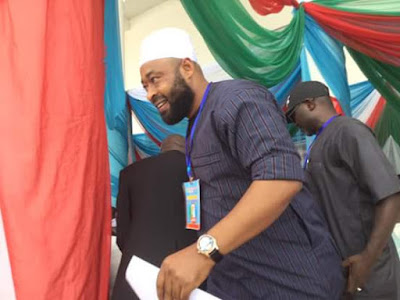