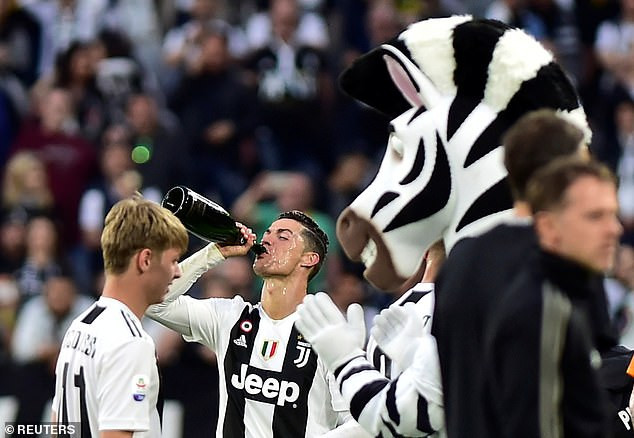 Superstar footballer, Cristiano Ronaldo has won his first Serie A title since joining Juventus.
The Italian club thrashed their opponent Fiorentina 2-1 to secure an eighth consecutive Serie A title on Saturday night.
Massimiliano Allegri’s side fell behind to Nikola Milenkovic’s early opener but equalised shortly before half-time through Alex Sandro. The home side sealed victory after the break when Fiorentina’s German Pezzella flicked Ronaldo’s cross into the back of his own net. 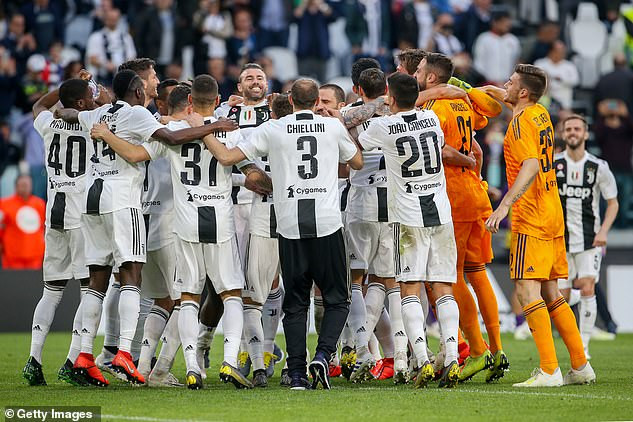 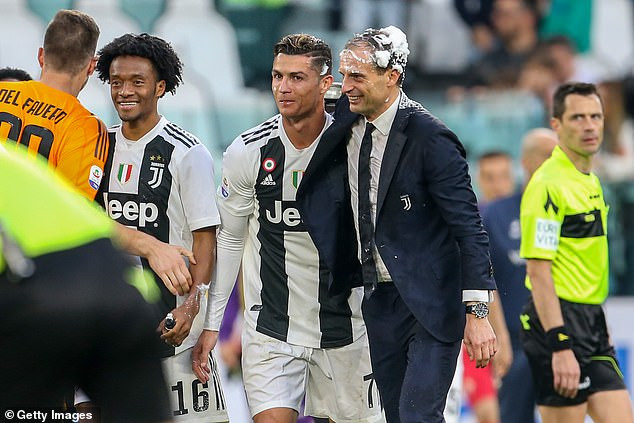 Speaking after the title-sealing victory, Ronaldo said: ‘I’m really happy that I have won the Italian title in my first season. ‘Of course, it did not go well in the Champions League, but there is always next year.’ 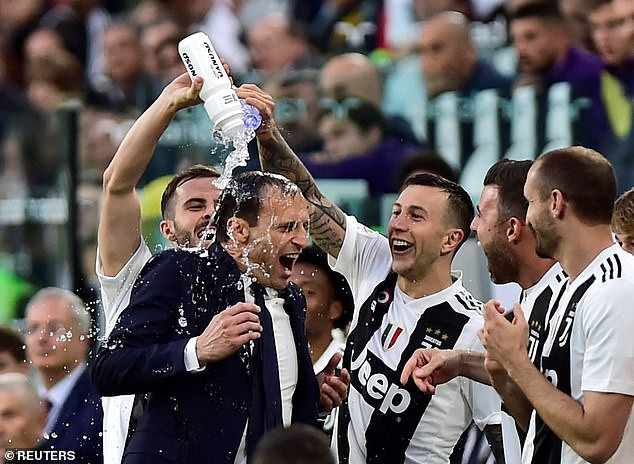 On his Instagram page, the Portugal forward added: ‘Champions of Italy!
‘Proud to contribute to this exceptional club, which strongly supported me and for who I am honored to play for.
‘I’m happy. We dominated a difficult championship, we fought, all together.
‘We are a strong and extraordinary group! And this is only the beginning!’ 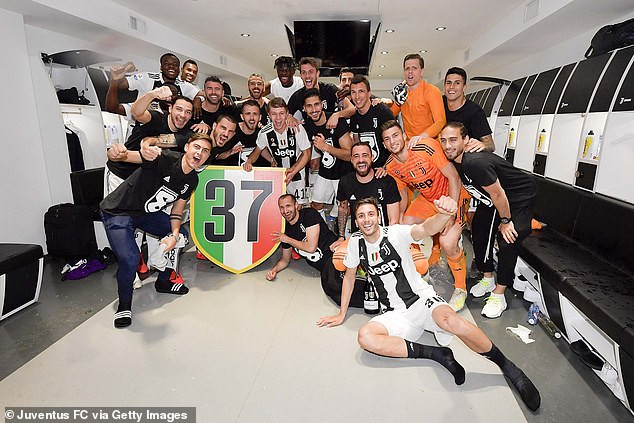