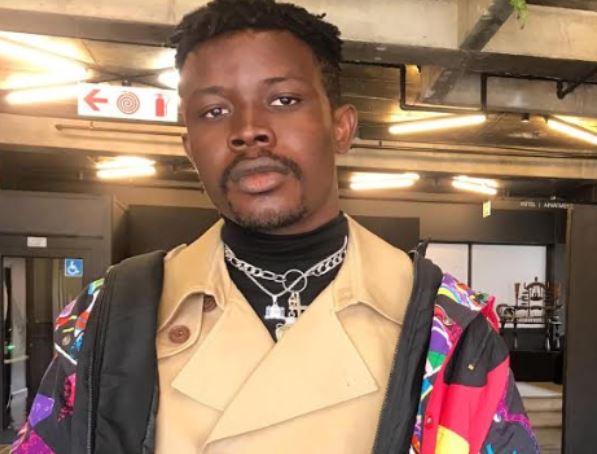 TG Omori
Naira Marley, an artiste taken in for questioning by the Economic and Financial Crimes Commission (EFCC), tried to explain that he is not an internet fraudster with his latest video, his videographer has explained.
TG Omori, the 24-year-old who directed the video, made this known in a statement received by TheCable Lifestyle on Friday.
In his recently released ‘Am I a Yahoo Boy’ video, Naira Marley was seen bound with handcuffs in a police van.
The street-hop star was arrested on Friday morning.
Speaking on how he was approached for the job, Omori said: “I woke up to a DM from Naira Marley four days before the video shoot asking “AM I A YAHOO BOY? Lol”. I replied with a laughing emoji and he asked for my WhatsApp contact. Then he sent the song asking for a video direction.
“Considering the controversy behind the song and all, It wasn’t really so crazy to crack out an idea for it because basically, all the song was talking about is him trying to clear the air that he is not a fraudster.”
TG Omori, who hails from Cross-River state, says the video was shot in three days and he had to improvise to get it done.
“I thought of getting a police truck but considering the short notice I had to film this which was between three days, I was only left with an option of hiring a bullion van and brand it to look like a police armoured tank. I had to build a car wash set and tagged it ‘No Mannaz’ and we shot it on a Sunday.
“We shot the video in six hours featuring from Zlatan Ibile and special appearances from his friends and fans. The whole idea behind the video was to give a visual representation that my client is just trying to clear the air that he is not a fraudster.”
TG Omori, who says he is inspired by Tunde Kelani, a filmmaker, graduated from Pencil Film Institute at 18, making him the youngest professional filmmaker in Nigeria at the time.
Commenting on Pretty Mike’s allegation that some of his colleagues offer video vixens roles for sex, he said “video directors are humans like everybody else and their individual sexual conduct depends on them.
“Because one director is asking you for sex for roles doesn’t mean all other directors do that. If I was the one on that table, I will probably sue Pretty Mike but thank God I have a different drive about what I want to be known for”.
In December 2018, Trace Naija described TG Omori as the future of music video directing in Nigeria.