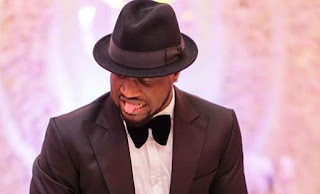 Pop star, Peter Okoye fondly called Mr P has said  “there’s no difference between the police and yahoo boys” while giving his opinion on the rise of internet fraud in the country.
Speaking with on an interview show on Soundcity, Peter of the defunct Psquare, noted that the root of cybercrime boom in Nigeria can be traced to its ‘failed government’.
“For me, the government has failed, to be honest with you. Everybody is hungry, the so-called yahoo boys or whatever you call them, there’s no difference between them and the police. The police stop you on the road, he wants money from you, is it a right thing to do?” Mr P asked.
He also said the entertainment industry has provided jobs for Nigerians via social media but the social media influencers are often faced with police harassment because of the nature of their jobs.
“Thank God for the entertainment industry, I can openly tell you that at least we created jobs. People on social media today started to make means for their life, People like Lasisi Elenu, Broda Shaggi. In the entertainment..we have tried.” he said.
“Let me give you an example if a policeman stops me now and I’m like Broda Shaggi..these people without their phone they can’t survive. Linda Ikeji, without her computer, she can’t survive. And they ask them what do you do for a living, then they say I’m a blogger, that’s what I use for my business. The first thing that comes to a policeman’s mind is, he is a yahoo boy.”